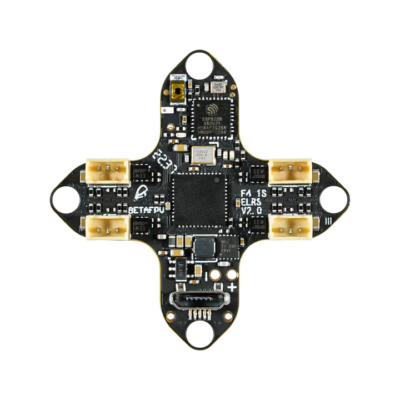 The ultralight F4 1S 5A AIO Brushless Flight Controller is back in stock with new and upgraded features. Compared to the previous version, the new board uses Serial ExpressLRS 2.4G instead of SPI ELRS 2.4G so that it can support ExpressLRS V3.0 and also has a Frsky RX version to choose from. We updated the FC with high-quality BMI270 gyro and BB51 ESC hardware. In addition, this new board supports the Betaflight Blackbox function. 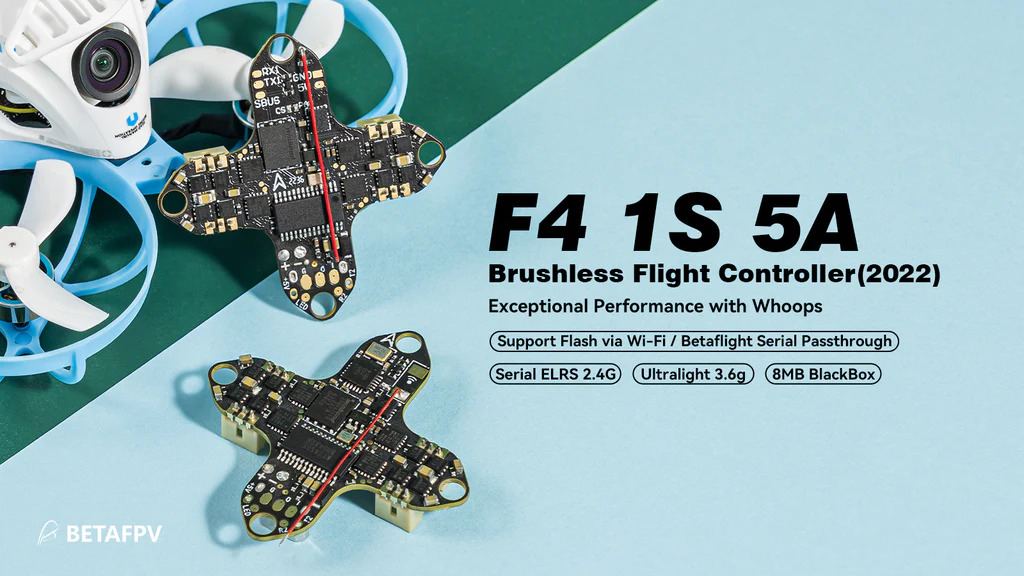 The Bluejay firmware could support the BB51 hardware now. Both ELRS and Frsky boards are powered by BB51 hardware. If you want to setup the ESC specification, please use the BLHeliSuite16714902A_Beta or ESC-Configurator.

Note: Only SPI ELRS 2.4G version supports motor direction set through Betaflight Configurator and SPI Frsky version does not support. BLHeli Configurator, and Bluejay Configurator are invalid for the BB51 ESC (both versions). 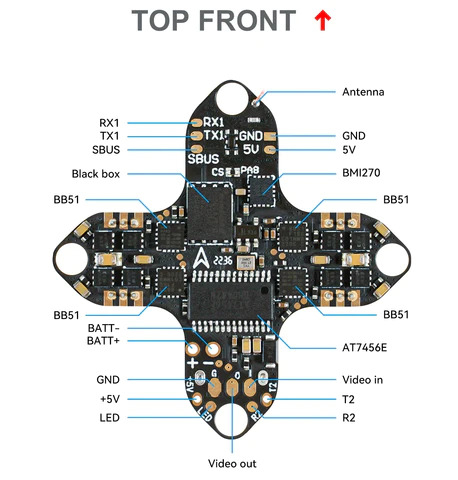 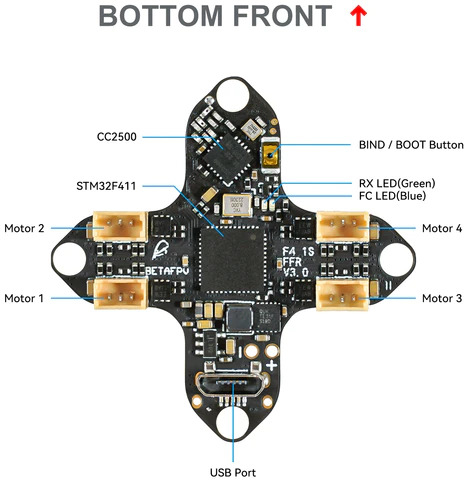 Come with the built-in SPI Frsky Receiver (CC2500 chip), F4 1S 5A AIO FC can be compatible with Futaba S-FHSS, Frsky D8, and D16 protocol. The default protocol is configured to Frsky D16 FCC out of the factory. Pilots could set up the protocol according to your own need in Betaflight Configurator.

How to Bind with Betaflight FC with SPI Frsky Receiver.

Verified purchase
Maximálisan elégedett vagyok a termékkel, és a kiszolgálással is.
I am extremely satisfied with the product and the service.